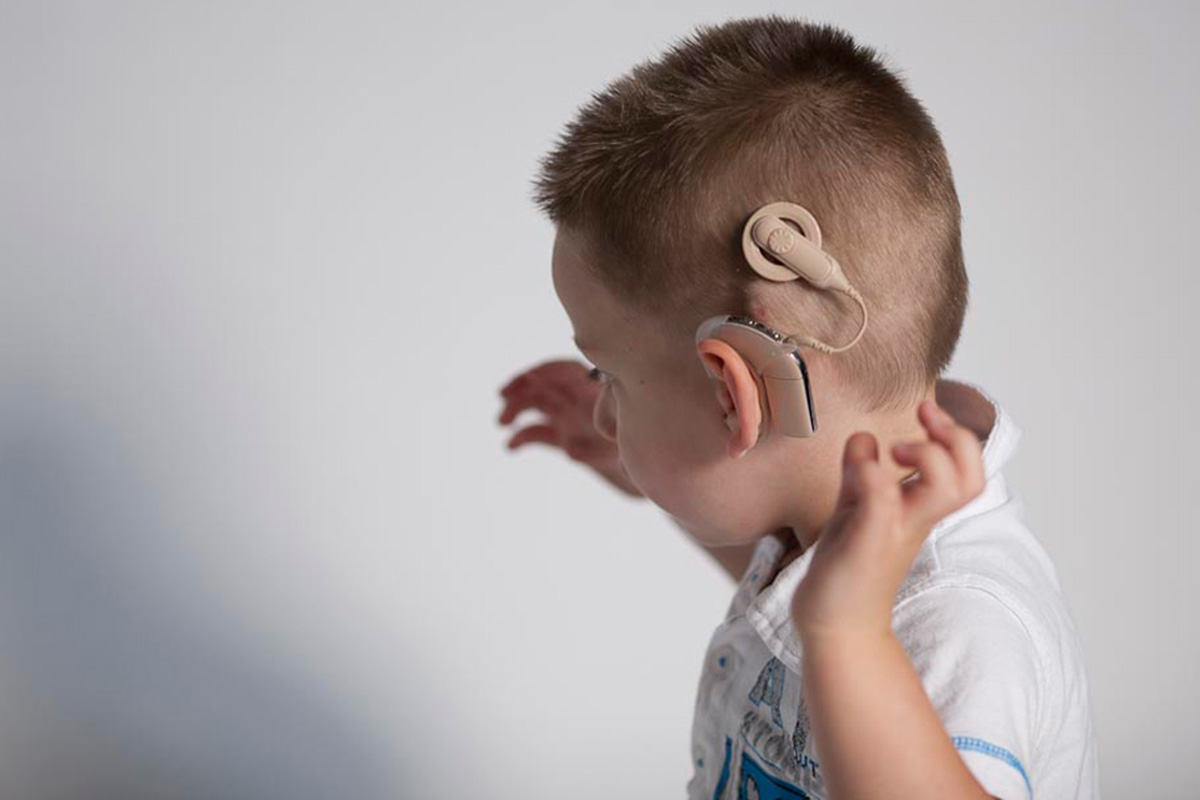 However, for many with hearing loss that has yet to explore treatments, the difference between a hearing aid and a cochlear implant is only the name.

Thus, spreading education on the pros and cons of each type of treatment is essential. Only with knowledge about each treatment can someone determine the best course of treatment for their unique case.

Hearing aids and cochlear implants are similar in that they treat hearing loss, but that’s about the extent of the similarities. Hearing aids use a microphone, various digital amplification chips, and technology to process sounds.

These sounds are then played into the hearing aid user’s ears at an amplified level to hear. Thus, hearing aids assist in the natural healing process of an individual through amplification.

Hearing aids are much more common than cochlear implants, and they can be fit and used for a much broader patient base. However, they are used primarily for patients with mild to severe hearing loss.

They do not amplify and play sounds the same way that a hearing aid works. Instead, cochlear implants use electrodes that send electrical impulses to the wearer’s auditory nerves.

Essentially, cochlear implants act to bypass the natural healing process of a human ear. As a result, they are much less common, and they’re typically used when standard hearing aids cannot effectively treat a patient’s hearing.

Furthermore, hearing aids require no surgery to wear. There are many hearing aids, but generally, they are worn with a piece around the ear that feeds a tube into a dome that rests inside the ear.

Some hearing aids offer different customizable options, such as different sound processing based on one’s environment. Hearing aids also typically come with volume control, so the user has greater power over how loud the hearing aids amplify sounds.

Cochlear implants do require surgery for usage. These implants are small electronic devices that are composed of two parts. One of the parts sits behind the user’s ear and has a microphone, speech processor, transmitter, and a receiver/stimulator.

The other part of the device is the actual implant which requires a surgical procedure to bypass damaged parts of the patient’s ear.

Cochlear implants do not directly restore someone’s hearing; they operate much differently from a hearing aid. The whole goal of a cochlear implant is to represent the sound that does not need normal ear function to process.

Thus, someone with a cochlear implant’s listening process is significantly different from anything they’ve experienced before.

When someone receives a cochlear implant, a surgeon must implant an electrode array beyond the damaged hair cells in the cochlea. Then the receiver/stimulator is paced slightly behind one’s ear.

Once a patient uses their device, the microphone near their ear will pick up various sounds in the environment.

The speech processor will perform its duty by selecting various sounds, removing some, and amplifying others. The transmitter then receives the resultant signal and turns it into electrical impulses to be read by the brain.

These impulses are transmitted into the surgically implanted piece of the device, stimulating various auditory nerves. In the end, the brain still receives electrical signals, which are interpreted as natural sounds. However, this process may take some time to get used to.

The process of getting a cochlear implant is much more than undergoing surgery and using your device. It generally takes time and practice to learn how to hear. Some reports state that patients need six months or more to adapt to their new cochlear implant appropriately.

Throughout the process, patients will participate in training sessions with speech and language pathologists and audiologists to get used to their devices and improve their hearing.

How Effective Are Cochlear Implants in Restoring Hearing?

As previously mentioned, cochlear implants will not completely restore one’s hearing ability. They do, however, provide a new, unique kind of hearing experience.

Unfortunately, it is difficult to tell how someone will adapt to their cochlear implant before surgery. It takes time, patience, and effort to use a cochlear implant to its greatest effect.

At the least, cochlear implants allow patients to hear and recognize various environmental sounds, respond to warning signals, and even hearing someone from a phone call.

Whether someone will pick voices out of a crowd while using a cochlear implant depends entirely upon the individual and the effectiveness of their unique device.

The Cons of Cochlear Implants

Although cochlear implants are one of the most effective tools for treating complete and permanent hearing loss, they are not perfect. For one, they require time, work, and surgery.

There is also an unexpected aspect to getting a cochlear implant. Some older adults may have trouble getting used to the resultant sounds they experience.

What’s more, cochlear implants can be expensive to get. Your health insurance may or may not cover the device, procedure, and required outpatient visits.