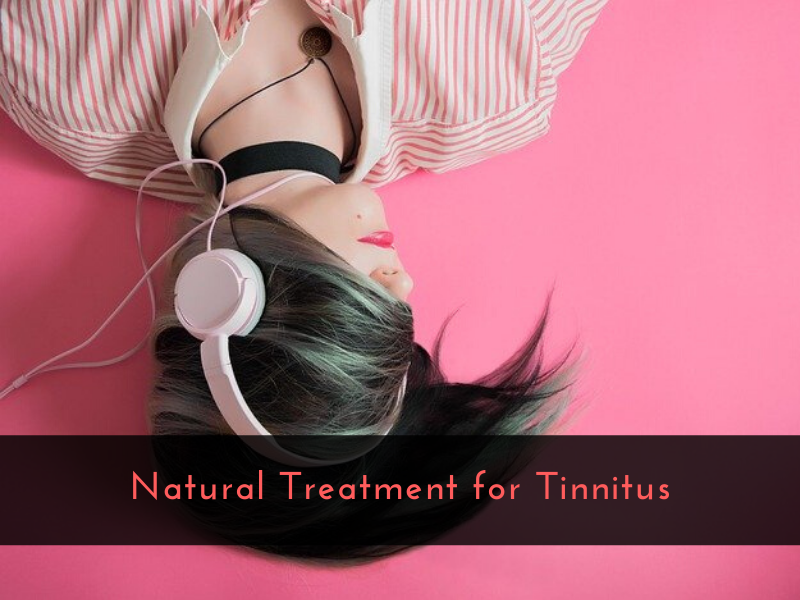 Tinnitus: that annoying, ringing sound in your ears that doesn’t seem to go away. There are many different symptoms of this problem, but usually, you can hear sounds that other people can’t. While it does not necessarily mean that there is something dangerous taking place, tinnitus can also impact the quality of your life.

If you have or think they have tinnitus, you may be wondering how to cure tinnitus naturally. Unfortunately, tinnitus does not have a cure, but there are plenty of ways for you to manage it so you can live a happy and positive life.

What is Tinnitus and What are its Symptoms?

The first thing that is important to discuss when talking about tinnitus is what it actually is. In fact, tinnitus itself is not an illness; it’s a symptom of something else going on in your ears, which almost always tends to be hearing loss. The hearing loss that causes tinnitus typically happens due to consistent exposure to loud noises. So tinnitus means that something is not quite right with the auditory system- all the way from your ear to your brain.

The most common way that tinnitus is characterized is a ringing in your ears. Although it doesn’t have to be limited to ringing, tinnitus may also include hissing, buzzing, or other similar sounds. You may experience this constantly, or there may be some things that trigger the sound for you. And there may be variations in how loud it is, with it typically being loudest when you’re in a completely silent area, such as when you’re trying to sleep.

As we said before, the most common cause of tinnitus hears loss, but that might not necessarily be the case. It can sometimes be due to infection, blockage, diseases, or a sensitivity to sound. But it is typically caused by some damage to the small hairs in your ears, which impacts how you perceive sound. It’s temporary for some people, and for others, it’s a natural sign of aging, or it can last their whole lives. So call your doctor for a checkup as soon as you start to hear ringing in your ears that doesn’t seem to go away. And remember- when you’re listening to loud music or are in another environment where there’s a lot of loud noise, immediately stop doing whatever you’re doing when you start to hear a ringing sound to prevent damage.

It’s important to note that tinnitus doesn’t have a cure. This cannot be easy to handle for many people. But there are some lifestyle changes that you can make right now that will impact how loud the tinnitus is.

Now, many people want to know if it’s possible to cure tinnitus naturally. While there is no known cure for tinnitus, it is never a bad idea to maintain a healthy lifestyle and make sure that you’re getting all the vitamins and nutrients your body needs. Many people have reported that, in these cases, they did notice a difference in how their bodies responded to tinnitus.

Supplements to Take for Tinnitus

Being healthy and ensuring that you have a balanced intake of all the essential vitamins and nutrients is a good way to get rid of many types of medical conditions, perhaps even including tinnitus. While there is no ‘tinnitus supplement’ per se, some supplements claim to help relieve tinnitus symptoms and give you stronger ears.

Tinnitus is not the easiest condition to live with, but there are certainly some things you can do to prevent it from happening and make it easier to handle. Talking to your doctor about what you can do is a great way to get started, but there are also some ways that you can handle the problem naturally. Making sure that you take all the proper vitamins and minerals and maintaining a healthy lifestyle are some of the best ways to manage tinnitus. Although this condition is not completely curable, its presence does not mean that you won’t live a happy life.