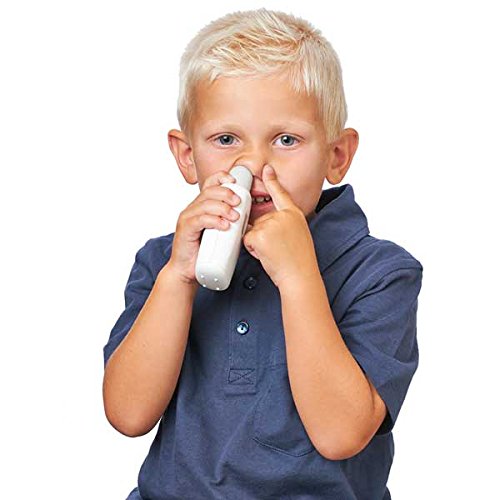 An ear infection occurs when fluid gets accumulated at the back of the ear, causing it to swell. Otitis Media or middle ear infection is a common infection, and it occurs in children and adults. At times you might even feel some fluid coming out of the ear. It causes a lot of distress and pain if it’s chronic. With ear infection enters viral infections like flu, cold and cough. The ear consists of 3 divisions- outer region, inner region, and middle region. The middle ear has a small space that is occupied with a little air and then the eardrum. Otitis Media or middle ear infection occurs when the air starts to push against the eardrum, causing earache. It causes the area to get inflamed, causing otitis media.

Eustachian tubes are tubes that connect your upper portion of the throat and middle ear. They swell and cause fluid to accumulate in the middle ear, thus causing infection. Even if you catch a simple cold, these tubes get inflamed and trapped in fluid and air. These tubes can be blocked for various reasons like cold, flu, smoking, air pressure changes, sinus infections, altitude changes. You might experience fluid coming out of the ears, but it is nothing to be scared about. While facing an ear infection, you might experience temporary hearing loss.

Small infants and children get affected by ear infections much higher than adults. This is because their Eustachian tubes are much narrower and delicate. If the child faces mild pain or if the child is fussy and irritable, then they must be having an ear infection. If the child runs a temperature higher than 102°F (39°C), immediate medical assistance is needed. Parents must pay attention to signs if they find their children are facing any discomfort. It is a little tough to detect if children are affected by Otitis Media due to a language barrier between a toddler and an adult; hence we have to look for the above signs.

There are many ways of treating middle ear infections. There are pain relief pills, ear drops, and antibiotic tonics to cure that annoying earache. If you are still not getting any relief, visiting a doctor is a must. If it is not cured on time, it can cause hearing impairment. This, in turn, can cause difficulty in speech and learning for a child. It can affect the child’s development and can lead to a stressful situation for the child. The best way not to get an ear infection is to take necessary precautionary measures like getting vaccinated on time and taking care of oneself while getting a cold or flu. If you give it some time, this infection heals on its own. There are also natural homemade ways to cure an infection, like keeping a warm heating pad or a washcloth near the ear.

This can occur in any age group. It especially affects toddlers who have a severe cold and cough. It results in ears getting clogged due to a lot of fluid accumulating and earwax building up. Earwax is not a bad thing. It keeps the inner ear clean. It also prevents dirt from entering the ear canal. Hence if you clean your ears with an earbud, you only push the earwax deeper into the ear canal. If you have fluid and swelling in your ear, it causes inflammation leading to an ear infection. Swimmers face a lot of problems when water enters their ears. If the water does not drain out from the ears well, it can cause earaches. Clogged ears are not a permanent condition. Those suffering from clogged ears might experience dizziness, vertigo( loss of balance), ringing ears leading to headaches and temporary hearing loss.

Check in the ears with an otoscope first; you can read otoscope reviews here.

Ways to clean clogged up ears

Clogged ears can be extremely painful and cause severe discomfort. There are also many remedies to cure clogged ears. If there is a congestion of earwax in the ears, you can put in 2 drops of hydrogen peroxide and immediately, the earwax will melt. You can tilt your head and remove the melted wax. This remedy is safe but should not be used if you are experiencing severe ear pain or having any discharge like pus. People who frequently travel by air face an ear pop due to altitude and air pressure change

If you or a child is hesitating to go to a doctor, EarDoc is the best solution for an immediate cure just sitting at home. It is very safe to use. Audiologists highly recommend EarDoc. It is user-friendly, safe for a child to use and provides an instant cure. There is no need to go to the doctor. It cures the ear of pain and infection and gives you immediate relief. All that needs to be done is place its tip behind the affected ear and lets its vibrations do their bit.  An ear infection will block out the Eustachian tubes and fluid and pressure. EarDoc unplugs the tubes and relieves the ear pain. It also unclogs the ear and removes earwax. Below are listed its features.

EarDoc is very safe to use at home and free yourself from that chronic ear infection pain. As mentioned above, it unblocks the Eustachian tubes from fluids and pressure instantly without any hassle. Ears also get clogged for swimmers and divers as water enters the ears and blocks them. You do not have to insert it in the ear. This is a safe remedy for toddlers and even adults. It would be best if you did not use it on infants.

The curved head of the EarDoc needs to be placed behind the eardrum. It comes with a Led light setting to show when the device is on. EarDoc comes with a vibration control setting. The vibrating waves unclog and relax the blocked tubes allowing the fluids to drain out from the ear. It has a 3 second on and off button, and the vibrating speed is up to 10. You can set the speed as per your preference. You will need to use 2AA batteries for their functioning, which will have to be purchased separately.

The head of this device is soft and curved, making it easy to latch on behind the ear. It is made of soft material, thus giving comfort to the ear. The dome of the device which transmits the waves directs it towards your swelled up eardrum. EarDoc’s vibrating feature whilst placed behind the eardrum is the key result of ear infection cure. The vibration waves generated by EarDoc reached the middle ear and opened up the Eustachian tubes. This way, the fluids get drained out, and air pressure is also released. Thus, it prevents the formation of edema. Edema is a painful swelling as a result of accumulated fluid. This is the safest and effective method of curing oneself of ear infection.

For a much faster cure, it is advised to use this at least 6 times a day for a duration of 3 to 5 minutes. Sit back on a chair relaxed while doing this procedure. The constant movement might cause you to feel a bit lightheaded due to the vibrations.

A survey was conducted and tested on patients to check their effectiveness. The patients complained of earache and temporary loss of hearing, and also fluid. One group was only on medications while the other group used to use EarDoc when they felt the pain increasing. The group using EarDoc stated they received instant relief and felt extremely comfortable using the device. EarDoc is highly recommended today by doctors because of its high effectiveness, and it reduces the chances of going under the knife. This healthcare device is useful for curing ear infections and the removal of accumulated earwax. It softens up the wax, and with the provided bulb syringe, you can remove the wax easily. EarDoc is the only emergency health care device that is effective for Otitis Media, i.e. ear infection. Accordingly to a recent survey, around 80% of children suffer from ear infections. As mentioned above, it releases vibrations towards the middle ear bone. The speed of these vibrations depends on the user. This unclogs the tubes from accumulated fluids and air pressure and provides instant relief to the individual.

It is effortless to use. After inserting 2 AA batteries, slide the speed regulator up and adjust the vibration speed at your convenience. Then place it behind the affected ear bone. These waves travel to the middle ear and Eustachian tubes and relax the built-up air pressure and fluids. This results in a decrease of infection and pain, simultaneously giving comfort to the healing ear. After its usage, you can slide down the speed regulator, and the device will stop. This device is revolutionary as it lessens the chances of undergoing ear surgery. It also controls the usage of antibiotic medicines and pain killer drugs.

Prevention is better than cure :

There are ways to prevent getting affected by Otitis Media. Cleanliness is the main key. Also, passive smoking can affect anybody. Finally, nasal sprays are a big help to prevent any liquid from getting accumulated in the middle ear region.

Ways to pop or unclog ears :

Regarding clogged ears, you can prevent it from occurring to you by chewing gum if you are traveling by plane. Deep-sea divers also have breathing exercises and training well before a dive. Homemade remedies include steam inhalation and applying virgin or olive oil to the earbuds to clean the ear to soften the wax buildup. Also, you can do breathing exercises for blocked up air pressure in your ears.  If you are flying and are facing ear clogging, popping the ear is the best option – learn how to pop your ears. You can do some facial or breathing exercises. A simple yawn or action of swallowing opens up the blocked Eustachian tubes. Chewing gum restores the air pressure balance in both ears. You can also drink a big glass of water by tilting your head back. Small children, toddlers cannot pop their ears on their own, so they can suck on a pacifier or a bottle to help them with the process. As mentioned before, nasal sprays also help decongest the nose, but too much of it can cause congestion. While popping your ears, always do it gently.

EarDoc helps you to stay at home and get the issue fixed with instant relief from clogging. It helps cure ear infections, pop out the clogged ear, and provides instant relief from pain and discomfort. Eardoc lets out vibrations which will relax the Eustachian tubes and release inbuilt air pressure and fluid. If you notice that your ears frequently are getting clogged and are not popping with any of the above remedies, you should visit the doctor.

Ear problems can be very frustrating because it limits your daily activities. You have to think twice before you even want to go ahead for a swim. Taking proper care of our ears is a must. Maintaining a better lifestyle is key to avoid ailments as these harming us. It would be best if you drank a lot of water, exercised regularly. You should stop smoking, and decaf coffee should be drunk as it keeps a tab on salt intake. Constant caffeine intake increases sodium levels in the body, which results in fluid accumulation leading to ear inflammation. To prevent ears from getting clogged, do not stay in areas with loud noises for a long time. If you can’t pop your ears for a long time, then a doctor’s visit is necessary.