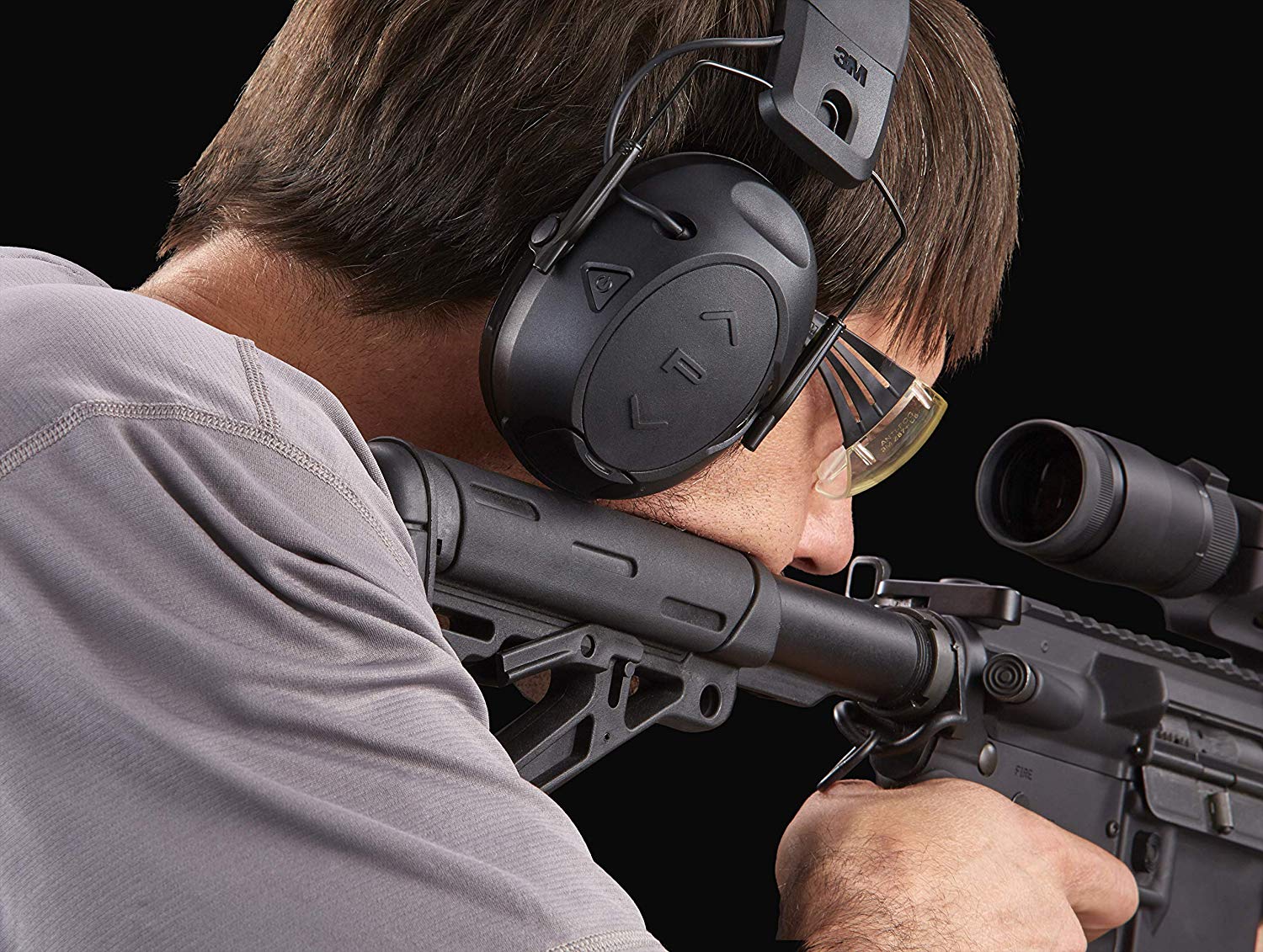 It may be a side thought to many people who have not served in the armed forces, but the question remains valid; do soldiers wear plugs? Today, the answer is yes—soldiers do wear ear protection. However, as recently as the early 2000s, soldiers were going into combat without being required to wear army hearing protection. Luckily, things have changed as awareness about hearing-related issues is becoming more widespread. Thanks to that growing awareness, we look to answer some of the following questions.

Does the military wear ear protection in combat?

How do soldiers not go deaf without protection?

How do soldiers protect their hearing? 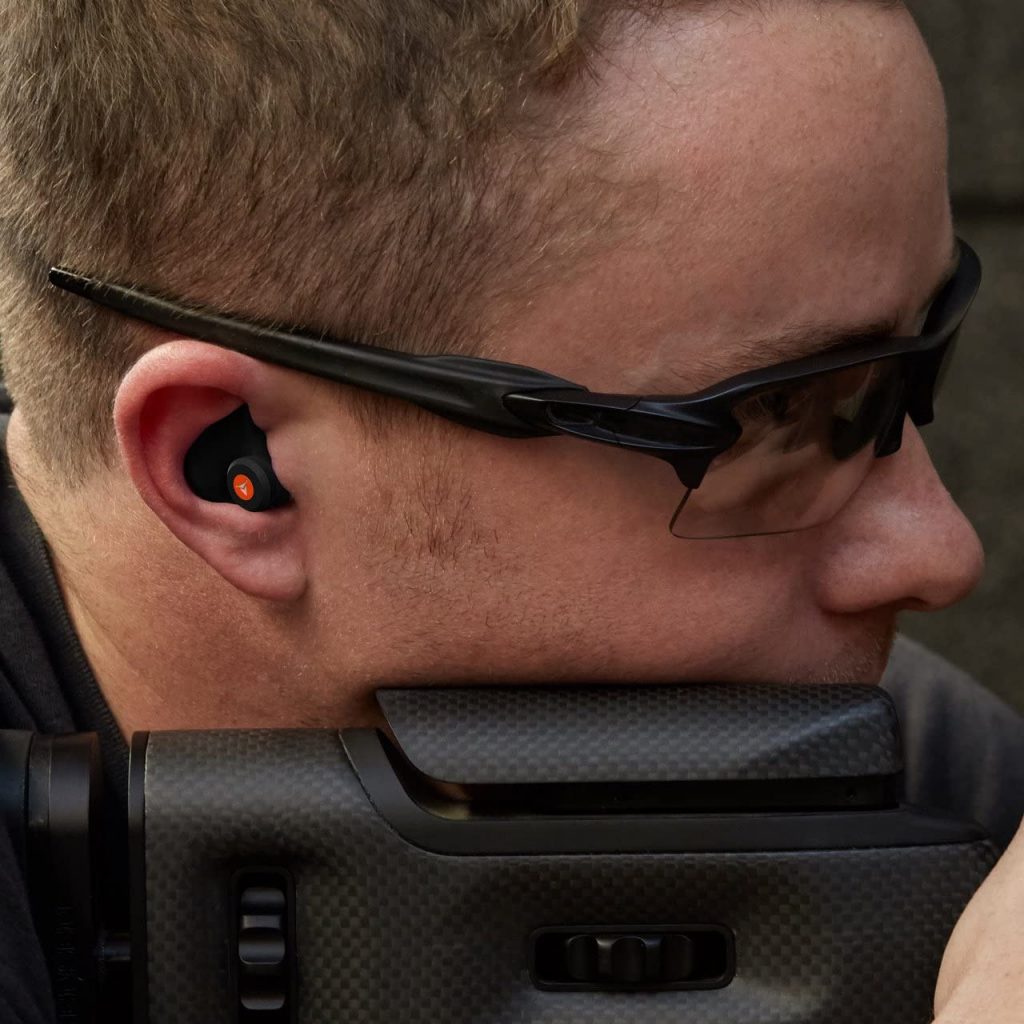 Earplugs other and various forms of protection have been around more than a hundred years, even in the armed forces. The earplugs may even have been effective at reducing loud noises.

However, that’s not what soldiers want, nor what they need. If a soldier were to wear standard earplugs, their hearing would simply be reduced. While being placed in potentially hostile, combative environments, a soldier does not want their hearing capabilities diminished.

Soldiers need to be able to hear what’s going on in their environment. They must be able to hear superiors’ orders and execute them. They have to be aware of the slightest sounds in their surroundings, and they must know where the sound came. So now, with a little knowledge, asking the question, do soldiers wear hearing protection in combat, becomes clouded.

The important questions to ask revolve around the quality and effectiveness of the hearing protection. While being supplied with poor hearing protection, like headphones, earmuffs, and earplugs that simply reduce surrounding noise, soldiers were not too inclined to use them.

Often, soldiers would ditch their hearing protection, as they knew it only stifled their performance. They could not effectively perform their duties with insufficient hearing capabilities. If you were to ask, do soldiers wear earplugs, the simple answer would be no. Soldiers cannot function in combat settings with earplugs.

The result of this can still be seen today.

In 2018, there were more than 2.7 million veterans receiving disability benefits from the Department of Veteran Affairs in relation to tinnitus or hearing loss.

However, some estimate the number of affected is significantly higher than what’s reported. Hearing loss and tinnitus are quite common in the armed forces. Those serving are often exposed to intense noises like constant gunfire, explosions, or other heavy machinery functioning.

Unfortunately, there is no standard treatment for tinnitus. Unless the condition is a result of something present in the ear, an ear infection, or something similar, tinnitus may remain untreatable. Similarly, hearing loss cannot be cured, but hearing aids can help deal with the symptoms of the loss and tinnitus. Alternatively, using a sound-masking device can help with ringing perceptions. 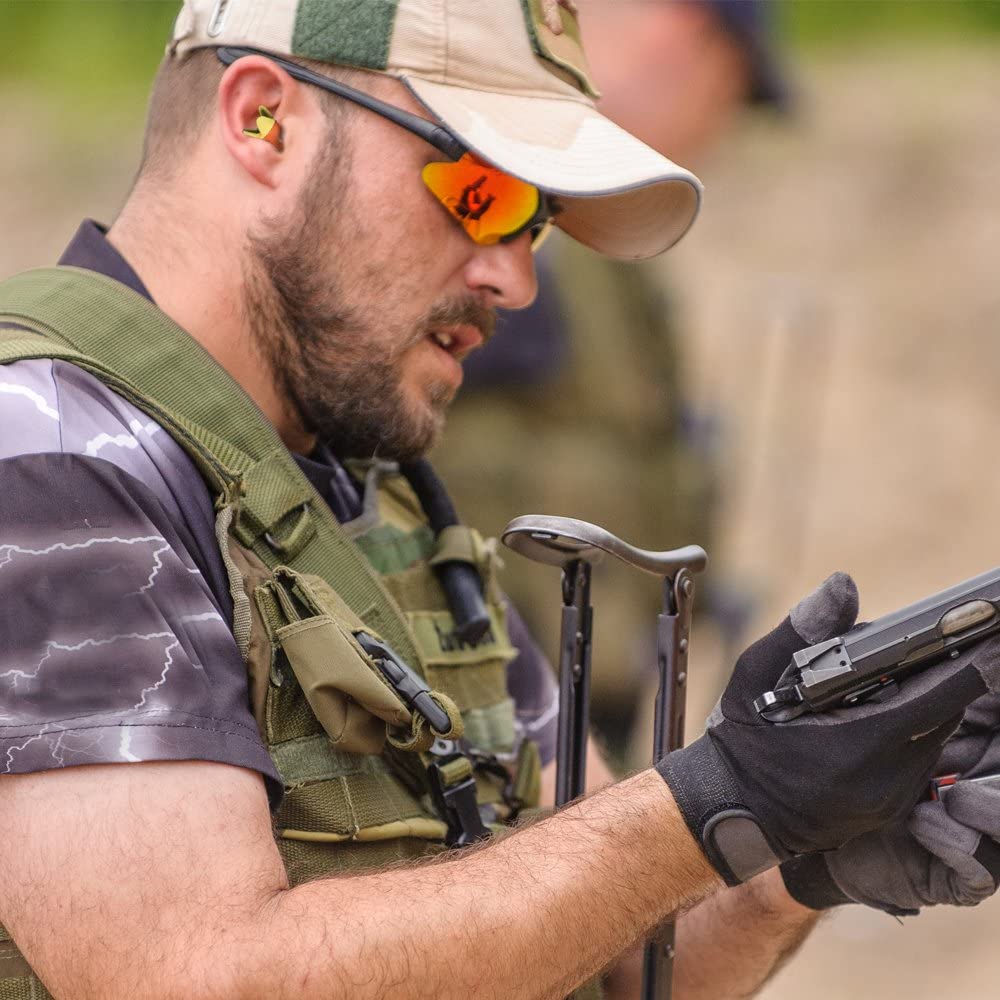 Traditional earplugs fit in the ear canal and prevent loud, damaging noise from entering the ear. However, they may interfere with necessary noise, such as communication, alerts, and combat necessary noise.

There are some types of earplugs designed specifically for combat. The design is unique to standard earplugs, as they’re built to let some level of noise in. The effectiveness of these earplugs to repel the correct level of noise is up in the air though, as numerous military personnel ha still suffered from hearing loss while using military-grade earplugs.

A different style of hearing protection, ear muffs cover the entire ear. The earmuffs create a tight barrier that restricts any sound from getting to the ear, thus reducing total sound. They provide warmth, comfort, and are far more durable than earplugs.

Many ear muffs made for the military come complete with an electronic system to allow certain sound in. Thus, earmuffs are ideal for reducing loud, damaging noises while providing amplified sounds the soldiers need to hear.

Soldiers must wear helmets for their safety. Luckily, new, military-grade helmets have been created to serve multiple functions. Users are protected from crash injuries, hearing loss, and eye injuries.

The helmets come with a liner, ear cups, visors, chin straps, microphones, and speakers. Thus, soldiers are given an all-in-one piece of protective gear. These helmets can reduce noise, monitor the surrounding sound, and cancel unwanted sound. The helmets also offer a microphone and technology to communicate with others.

Veterans began making noise about the long-standing effects of being in combat. Too many veterans were suffering from hearing loss, and a change was needed, is needed. Military personnel needed hearing protection without losing their effectiveness in the field. Thus, the call for innovation in hearing protection was forced to come. Various new products have come out over the past decade, but the effectiveness of each will be determined whenever the number of veterans suffering from hearing impairment begins to decrease.

One popular innovation, TCAPS, was being developed by the Army for many years. The Tactical Communication and Protective System was designed specifically to protect the soldier’s ears. The goal was to create a high-tech system that reduced loud noises while increases ambient sounds.

Ideally, the system would be perfectly crafted for combat environments. The headphones would protect the soldier’s hearing while giving them an advantage in situational awareness.

The TCAPS system was being utilized and developed into usable products by Invisio, an innovative technology company focused on communications-based technology.

The resultant product was a slim, over the ear, headphone-looking piece of equipment. The ear protection was distributed to tens of thousands of soldiers. Hopefully, the high-tech hearing protection helps soldiers ward of the possibility of getting tinnitus.