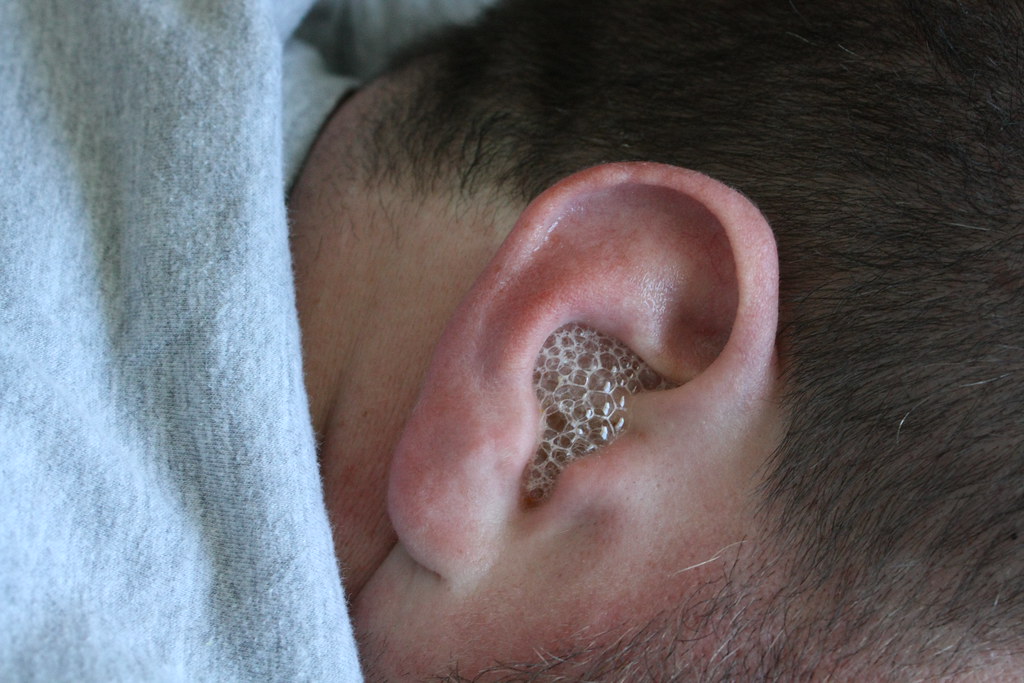 For ages, using the hydrogen peroxide in ear strategy to clean ears has been a classic home remedy. Many people affected by swimmers’ ear wax build-ups or other ear-related issues look to hydrogen peroxide as a potential treatment. However, if those or other related conditions go untreated, they could lead to tinnitus, hearing loss, or further ear damage. Therefore, people do what they can with what they have to remedy their condition.

Although cleaning ears with peroxide has become a mainstay in society, that doesn’t mean it’s a safe treatment. So, the question remains. Can you properly clean your ears with hydrogen peroxide?

Is It Safe to Put Hydrogen Peroxide in Your Ear?

The short answer is yes, but you must do it with caution. For example, if someone has an ear injury that causes pain, using hydrogen peroxide in the ears may worsen symptoms or lead to an infection.

For example, if an individual struggling with ear pain or discomfort has eczema, skin cells may lodge in the ear canal. Using hydrogen peroxide in that scenario would only worsen the condition—it would dry out the skin and cause inflammation, leading to more pain and discomfort.

Therefore, you should only put hydrogen peroxide in your ears if you’re sure there is no injury, and you must do so diligently. 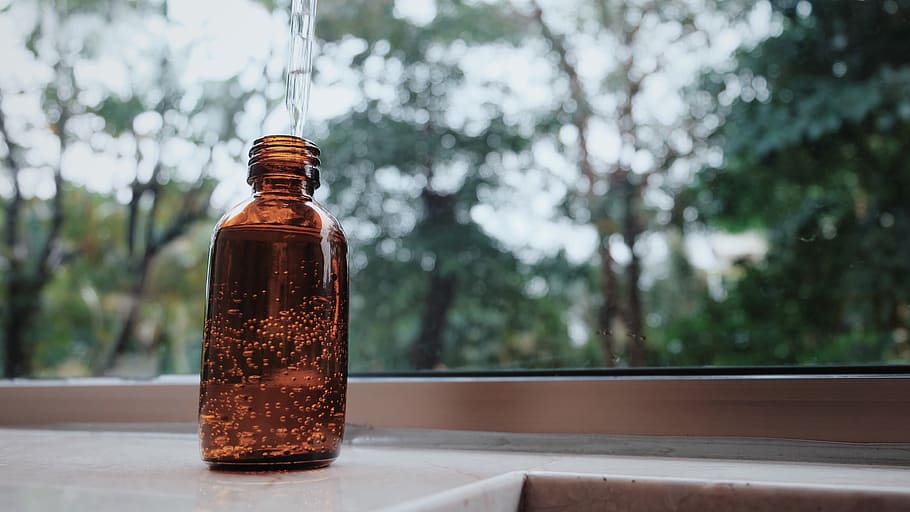 Anyone who’s had a buildup of ear wax knows it’s unpleasant. Often, it causes pain and loss of hearing. So they’d do anything to ease the pain or uncomfortableness resulting from the buildup.

In fact, many people attempt to use cotton swabs or even paper clips to either clean out ear wax or dry their ears. However, doctors agree that putting anything physical object in your ear, like a cotton swab, is a bad idea. It can push wax further into the ear canal or, worse, damage your inner ear. So never use such swabs in your ear.

Unless you can notice a buildup of earwax, say from hearing impairment, your earwax is good. It’s vital to have healthy ears. Ear wax has antimicrobial properties, which means it naturally helps prevent infections. Furthermore, ear wax can stop dirt or small material from getting into your inner ear.

However, there are instances where using hydrogen peroxide for wax buildup is helpful. If you’re sure you have wax buildup as an issue and need to remove it, peroxide may be a good solution. In these times, you should use peroxide with proper knowledge of how to use it and what kind to use. First, let’s look at what exactly hydrogen peroxide does.

What Does Hydrogen Peroxide Do?

Hydrogen peroxide can soften ear wax and help loosen or break the buildups slightly. Hydrogen peroxide does not remove ear wax, though. Instead, it primarily softens it, allowing the ear wax to remove itself naturally over time.

Whenever you put hydrogen peroxide in your ear, you may feel a bubbling or foaming-like sensation. There may be a tickling or itching feeling inside your ear, as well. This is all normal. The fizzing sensation means the peroxide is working on loosening up the wax.

If the peroxide causes you any pain or discomfort, that may be an indication that you have an infection or injury which would need medical treatment.

What Kind of Hydrogen Peroxide Should I Use?

Most research says 3% hydrogen peroxide is the best option. This is a common household thing to have, as you can use it for cleaning and other sanitary purposes. Many over-the-counter eardrops are made with peroxide along with some oil.

These eardrops can be used, or you can use hydrogen peroxide by itself to loosen and soften wax buildups. Check your local pharmacy, and look for the best eardrops that contain these additives.

How to Put Peroxide in Ears

If you’re using eardrops, follow the directions listed on the packaging. The directions will give you information on how many drops to use and how frequently to use them. Otherwise, these are the tips that you should follow.

If you’re using hydrogen peroxide itself, using mineral oil or olive oil may help soften up the wax further. You can do this before administering the peroxide to help loosen up the ear wax.

Like mentioned previously, never stick any physical object inside your ear, as it may lead to pain. Also, if you have an ear infection, hydrogen peroxide may only worsen symptoms.

Rather than self-medicate with peroxide, seek out a doctor to properly diagnose the condition. There, doctors may find medicated ear drops are necessary.

If you try hydrogen peroxide to loosen up a wax buildup and symptoms, do not clear, or worse, visit a doctor as soon as possible. Rather than a wax buildup, there may be an underlying injury or infection present.

Additionally, overuse of hydrogen peroxide may irritate the skin inside your ear. This can occur to the natural oxidizing nature of the chemical. It may produce inflammation and ear pain. Overuse can also lead to ears becoming dry and subsequently prone to infection. If this occurs, seek out medical attention.

Other ear cleaning techniques, such as the ear candle, are commonly believed to be good alternatives. However, the use of the ear candle may cause injury, and it is not proven to be effective.  Rather than rely on something like this, see a doctor or specialist.

Q: I put hydrogen peroxide in my ear, and now it is clogged. What do I do?

A. If symptoms worsen after using peroxide, it may be that you had an infection or that the buildup lodged itself further in your ear. Regardless of what occurred, seek out medical attention as soon as possible. If the issue is wax buildup, doctors may use a syringe to attempt to flush out your ear. This is done with care and skill, not further to lodge any wax inside your ear. Alternatively, there are ear clinics you can visit where specialists use state-of-the-art suction technology to remove wax or any other debris lodged in your ear.

Can hydrogen peroxide help with tinnitus?

The basic answer is no. Tinnitus is an auditory condition where individuals experience ringing, clicking, humming or other sounds in their ear. Often, the cause of tinnitus goes undiagnosed, leading to further comorbidities like anxiety, chronic headaches, etc. However, tinnitus can be caused by ear infections, damage of the inner ear, or long exposure to loud noises, which “stuns” the eardrum.

If you experience ringing in the ear, get medical attention for a diagnosis and to receive treatment. Treatment varies by the perceived underlying cause of tinnitus. Do not use hydrogen peroxide as a home treatment.

A. Hydrogen peroxide may seem to dissolve ear wax due to the fizzing sound, but it does not magically make it disappear. Rather, the oxidative properties of hydrogen peroxide soften and loosen up ear wax, allowing it to be discharged naturally.

A. Yes. If you have an ear infection, inner ear damage, skin disorder, or other conditions, peroxide may damage your ear. Not only can the condition itself worsen, but symptoms also may be worse. For example, individuals may feel greater pain, burning, or itching sensations. If any of this happens, see a doctor as soon as possible.

Q: Can I use hydrogen peroxide for ear mites on my dog?

A. No. Hydrogen peroxide will only lead to discomfort, inflammation, and potentially damage to your dog’s ears. If you believe your dog has mites in its ear, take your dog to a veterinarian.

Ear wax is a necessary component of proper ear health. The wax helps inhibit debris from getting into your ear and fights bacteria to help prevent infections. Your ears naturally produce wax, and only in rare cases do individuals have an overproduction of ear wax. If this is the case, you may use ear drops or hydrogen peroxide to treat it.

However, never use a physical object, ear candle, or syringe yourself to remove ear wax. Instead, if hydrogen peroxide worsens symptoms, seek medical attention. Doctors may use tools to scoop out earwax, kits to flush the ear wax, or suck it out.

When using hydrogen peroxide, do so sparingly and carefully. Do not use too much, and pay proper attention to sensations felt. If you feel bubbling or fizzing and no pain, the peroxide is working correctly. If you feel burning or pain, seek medical attention.

How Often to Clean Your Ears

How to Clean Dirty Earplugs

*As an Amazon Associates Program member, this website earns from qualifying purchases.